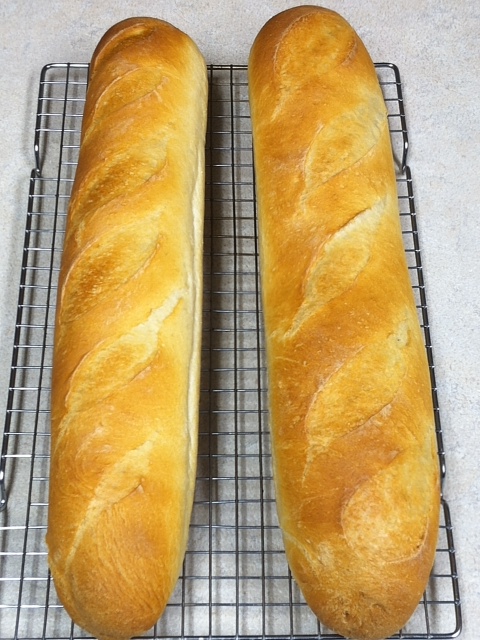 Once upon a time, in the long-ago 20th century, we lived close enough to San Francisco to be able to capture the wondrous yeasties that floated about in the air to make authentic sourdough bread.

The yearning for this delicious sourdough bread had increased to the point where “something MUST be done”! So, how propitious that during the unpacking of boxes that had been packed up in 1998, there was a packet of freeze-dried sourdough starter. I remember having purchased it, probably in the late 80’s sometime, but never used it. I tossed it into a kitchen drawer in Sunnyvale, in case my “catch-it-from-the-air” method didn’t pan out.

This is the result! Ees bootiful, no?