Now You See Them, Now You Don’t 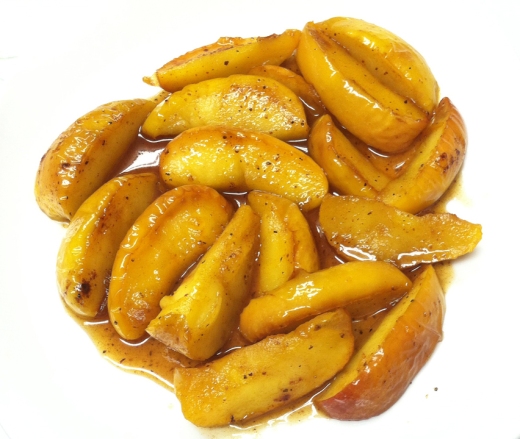 Was hungry, and there were two apples on the shelf that were begging to be cooked, so I accommodated them. Sautéed them in ghee and coconut oil, a sprinkling each of cinnamon and nutmeg, a very slight dusting of garam masala, and then the rinsing from a small bottle of Seville marmalade. The marmalade was probably totally unnecessary, as they were already sweet enough, but I wanted to have an orange ambience, hence the marmalade. I have some dried orange rind, so next time I will soak them up with a bit of hot water, and toss it in for the orange flavor without the extra sweetness.

About the time they were ready for taste testing, my little sleepy head arrived on the scene to help me with this chore. We managed to leave a few for after dinner, but that was not an easy task.

11 Responses to Now You See Them, Now You Don’t